Program Derived Addresses (PDAs) are home to accounts that are designed to be controlled by a specific program. With PDAs, programs can programmatically sign for certain addresses without needing a private key. PDAs serve as the foundation for Cross-Program Invocationopen in new window, which allows Solana apps to be composable with one another.

PDAs are an essential building block for developing programs on Solana. With PDAs, programs can sign for accounts while guaranteeing that no external user could also generate a valid signature for the same account. In addition to signing for accounts, certain programs can also modify accounts held at their PDAs. 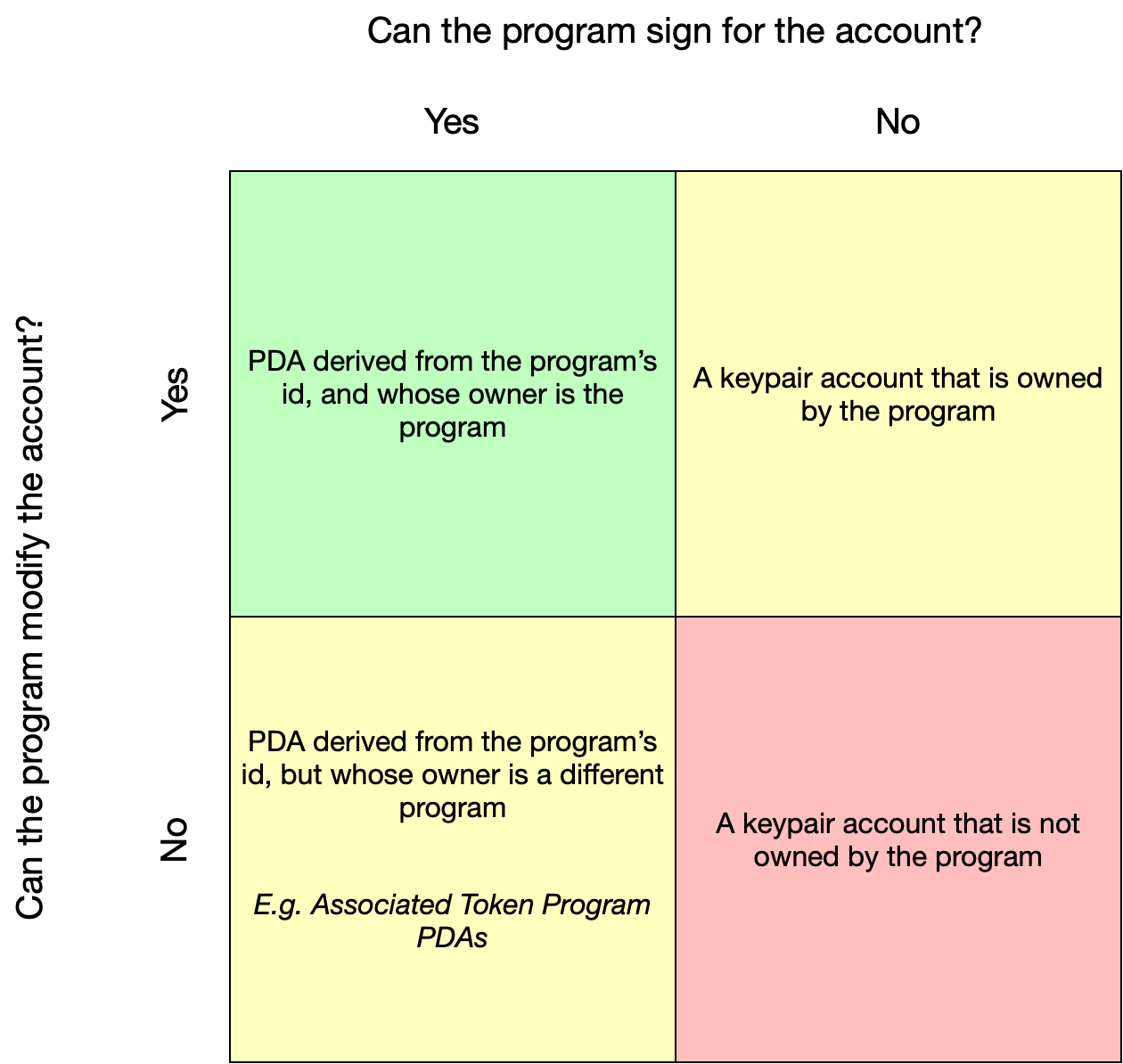 To understand the concept behind PDAs, it may be helpful to consider that PDAs are not technically created, but rather found. PDAs are generated from a combination of seeds (such as the string “vote_account”) and a program id. This combination of seeds and program id is then run through a sha256 hash function to see whether or not they generate a public key that lies on the ed25519 elliptic curve.

In running our program id and seeds through a hash function, there is a ~50% chance that we actually end up with a valid public key that does lie on the elliptic curve. In this case, we simply add something to fudge our input a little bit and try again. The technical term for this fudge factor is a bump. In Solana, we start with bump = 255 and simply iterate down through bump = 254, bump = 253, etc. until we get an address that is not on the elliptic curve. This may seem rudimentary, but once found it gives us a deterministic way of deriving the same PDA over and over again.

When a PDA is generated, findProgramAddress will return both the address and the bump used to kick the address off of the elliptic curve. Armed with this bump, a program can then sign for any instruction that requires its PDA. In order to sign, programs should pass the instruction, the list of accounts, and the seeds and bump used to derive the PDA to invoke_signed. In addition to signing for instructions, PDAs must also sign for their own creation via invoke_signed.

When building with PDAs, it is common to store the bump seedopen in new window in the account data itself. This allows developers to easily validate a PDA without having to pass in the bump as an instruction argument.